The one who feels invisible. The one who wonders if anyone cares enough to look closely yet is terrified that someone might. The one who stares at the ceiling in the dark, replaying the moments of imperfection, the mistakes and failures that now lie heavier than any blanket. The who makes the lists of “I didn’t” and “I should have” and “I wish,” clutching them close. The lonely one cloaked in shame.

You cry out for God and you wonder where He is, and you rage at His silence even as you fear His voice. You are trying, so hard, so hard. And no matter what you do, at the end of the day there is more need than you can carry. There is more pain than you are enough for. And you look out and see it all and know your insufficiency, even as you wonder who sees you.

Dear you, it is quite possible you were chosen for such a time as this. It is quite probable, in fact, that this moment, this terrible, beautiful, impossible moment in which you find yourself, was meant for you. Only maybe, not in the way you think.

On another dark day in another age, someone just like you carried an impossible load. He knew his failure, and it covered him in shame so that he could not see anything else. He looked at hands that had touched God, now clenched in regret; at feet that had climbed a mountain of glory, now used to flee. He heard his voice that once had declared his name, now wracked with sobs of regret at terrified words that had spilled out, destroyed everything. 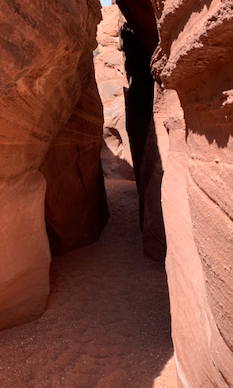 He sat in darkness in a room filled with fear, assured only that an enemy waited outside, an enemy who was winning. And here he was, doing nothing. He listened to the silence of a God who had disappeared, rage and humiliation warring. He had failed his God. But maybe his God had failed him, too.

And then someone came who told him impossible things, and he found himself running to the cave where his death lay. He stood before it, a gaping hole impossibly exposed. He walked inside, prepared to stay there forever with his failure. It was the only thing left to do—walk right into his death, right into the mouth of the shame that would swallow him.

And that is where he was found, in the place where he could do nothing at all. He walked straight into the tomb and he sat there with his death. He fingered the death-shroud that should have been his, and nothing was possible for him anymore. He could believe that God had defeated death—the evidence was plain. But where was he? God was not there.

And so he returned to the only life he knew, only this time he lugged so much regret along with him there was room for nothing else. He sat in a boat pretending to fish, knowing it was just as fruitless to go back as it was to go forward. So, he floated, invisible. 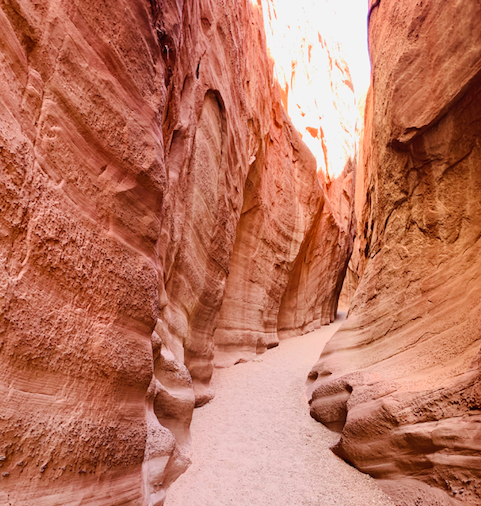 Something happens when you still yourself. When you look clearly at your act of betrayal, you see him looking back at you. Just at the moment when you fail him most, he turns. He sees you. And seeing you, he loves you. He picks up that cross and he walks up that hill, all the way to your death.

Did you see the look he gave you then, when you denied him? It is the same look he gives you now. Full of the impossible.

Don’t see it yet? Wait a while. Be still. You were meant for this moment, this impossible moment in which you can do nothing. He is coming. He will make your empty full. He will show you what is possible.